Together we can. Photo by Datasketch.

Governments spend one-fifth of their budgets buying goods and services from the private sector, but women-owned businesses supply only 1% of this market.

Although we are talking about the world’s largest marketplace – accounting for 15% of the world’s GDP – that’s one women-owned business in a room of 100 suppliers. This just isn’t good enough.

The challenges faced by women in the workplace or business are well documented, but discussions around women’s role in the public procurement market focus on women’s access to public goods and services. We also need to talk about women’s participation in public procurement as planners and suppliers. Even small changes can have a big impact on the market, creating shifts in market behaviour, stimulating economic activity, and progressing gender equality.

Gender bias and rigid power dynamics can recreate discrimination and oppression in how government money is planned, procured, implemented and monitored. 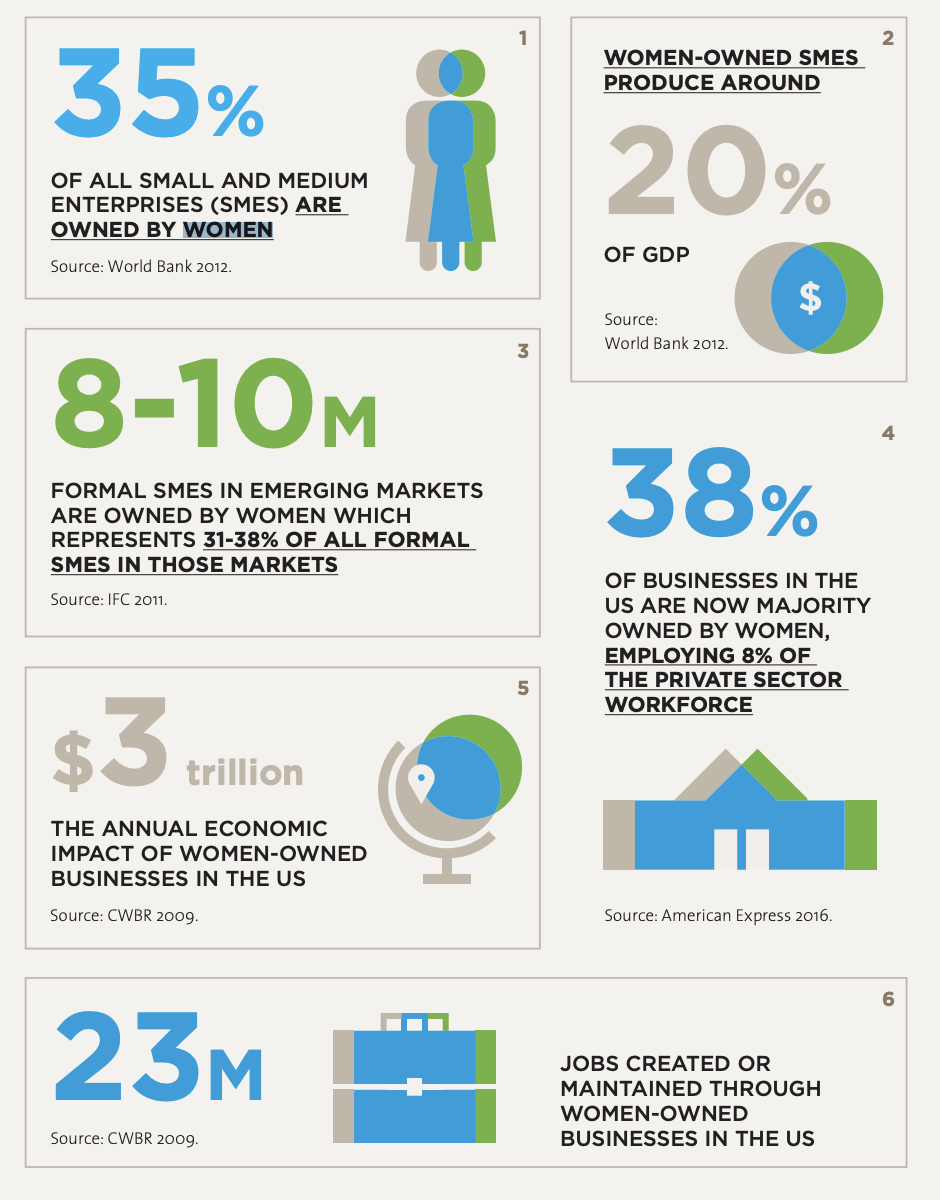 Fortunately, there are many ways to take make procurement more equitable from involving women leaders and constituents in the planning of extractive projects that displace them, to monitoring access to maternal healthcare, and boosting the presence of women-owned SMEs. Gender-responsive contracting is relatively new, so monitoring reforms and sharing lessons is key.

We are going to launch a series of blogs on these topics in the coming weeks. In this blog, we will focus on access to the procurement marketplace.

Women-owned companies get only  4.7% of federal contracts in the US  and 10% of Canadian SME suppliers are women-owned. In Albania, 26.8% of all businesses are run by women but only a tiny 5% of municipal contracts are awarded to women-run businesses adding up to just 3.2% of total procurement spend.

Governments that have committed to open contracting and are implementing procurement transparency policies should provide a ripe environment for comparing barriers, gender-responsive policies, and procurement data.

From research and stories on the ground, we know that talk of gender equality falls short of a transformational impact unless it takes into account the different factors which may render policies less effective for further marginalised groups, such as women of colour and/or with disabilities. 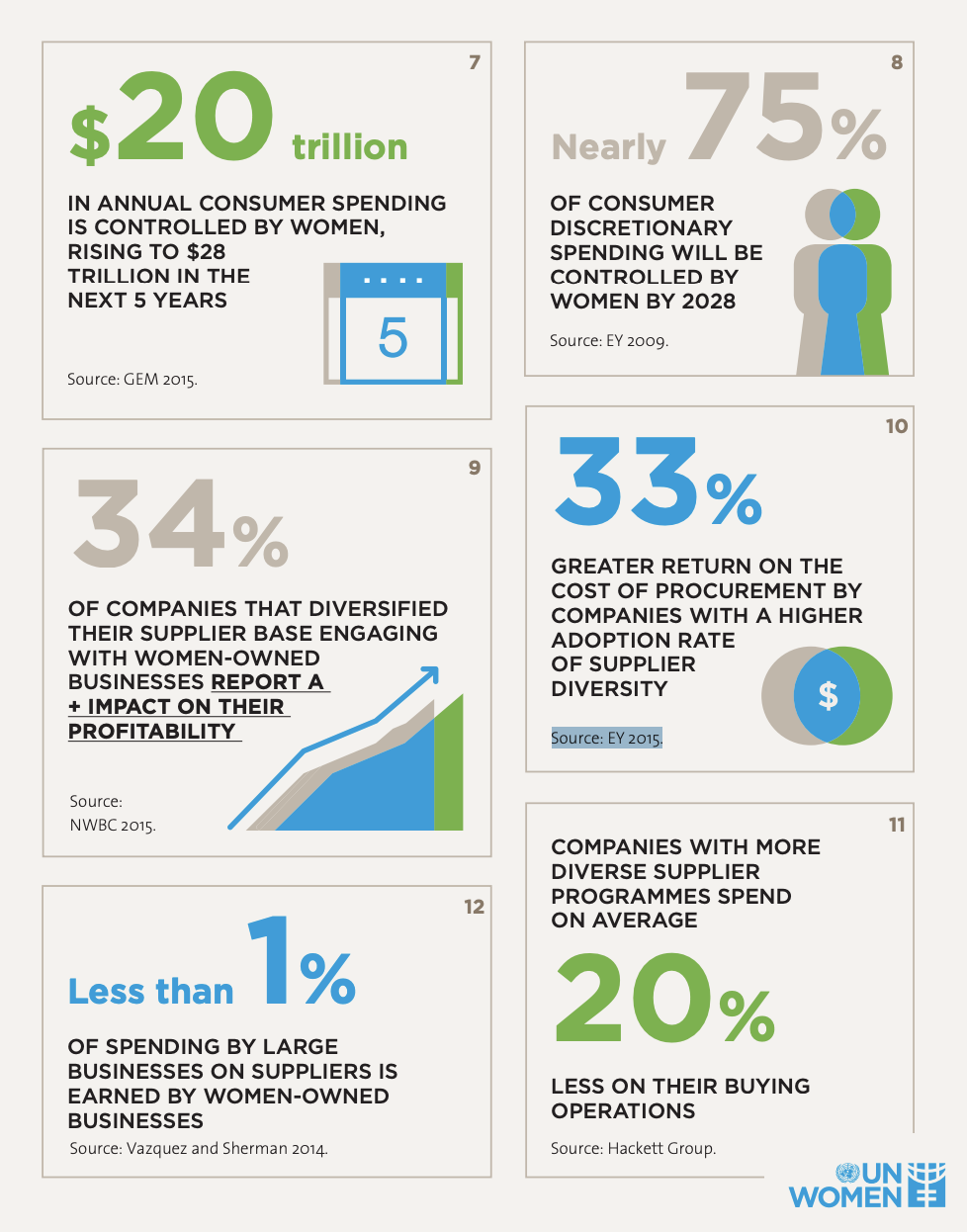 By using an intersectional analysis, to plan public policy and procurement budgets, governments can catalyse gender equality and women’s participation in the economy. An intersectional analysis acknowledges that systematic oppression can impact individuals who fall under more than one marginalised group differently than those who only fall under one. For instance, minority women-owned businesses might have more barriers to entry to public procurement than others in the City of Philadelphia. This is why our projects there are putting this issue on its agenda.

Here are some reasons why a better representation of women in the public procurement market is good for society:

We’ve come up with four areas of recommendations based on our expertise and we would like to hear the views of our community on this too.

Governments should collect, publish and monitor gender-disaggregated data on procurement to spot gender gaps and barriers to women’s participation in public procurement. By applying the Open Contracting Global Principles and Data Standard, open data can be used to develop mechanisms to monitor competition and gaps, quality of implementation, and understanding and addressing complaints of structural discrimination.

The business environment in the marketplace can be improved by tackling discrimination and supporting measures to create fairer markets for women entrepreneurs, and encouraging inclusive procurement within government and in the private sector.

Lack of access to information on bids, understanding often complex procedures and bias can create barriers for women entrepreneurs. Taking a gendered approach in the creation of feedback loops with women suppliers, planners and users will reduce many of these barriers. By proactively seeking out and engaging women-owned business groups, establishing a fair complaint and redress procedure and simplifying contracts to reduce preparation time for tenders, authorities can open opportunities for women-owned suppliers.

In some countries such as the Dominican Republic, South Korea, Indonesia, South Africa, and the United States, designating a portion of all contracts to women-owned businesses is gaining popularity. In the United States, 5% of federal contracts are planned to go to eligible women-owned small businesses especially to boost women’s presence in male-dominated fields. In 2013, a survey of women contractors found that 61% find the program useful, including 28% who found it very or extremely useful.

We know that doing more business with women-owned businesses makes economic sense but an integrated gender-responsive procurement strategy will ensure that the goods and services procured also take into account how they impact women, often the poorest and most vulnerable group in society. Procurement teams should also be analysing how their procurement decisions impact gender equality and women’s empowerment.

Public procurement is the government’s number one corruption risk. And corruption has a strong gender element. Recognising the gendered aspects to corruption from sextortion to modern slavery in the supply chain and creating measures to both prevent and prosecute.

Gender cannot be a stand-alone agenda. It has to be mainstreamed. This is why there is no one gender project within our portfolio. Many of our projects have that threaded into them, especially those in Colombia, Nepal, Philadelphia and LA.

It is clear that governments need to use their massive purchasing power to support women in business. And a gender-inclusive open contracting approach throughout the procurement cycle can help shift power dynamics in favour of gender equality and inclusive growth. We’re excited to see many of our partners such as Hivos, EITI, PWYP, NRGI, Open Government Partnership and ILDA incorporating a gender lens in their work and we look forward to collaborating with them.

This International Women’s Day, we invite our community to join us in investing in a gender-smart approach to public procurement.