What is countries’ readiness to open up public contracting? 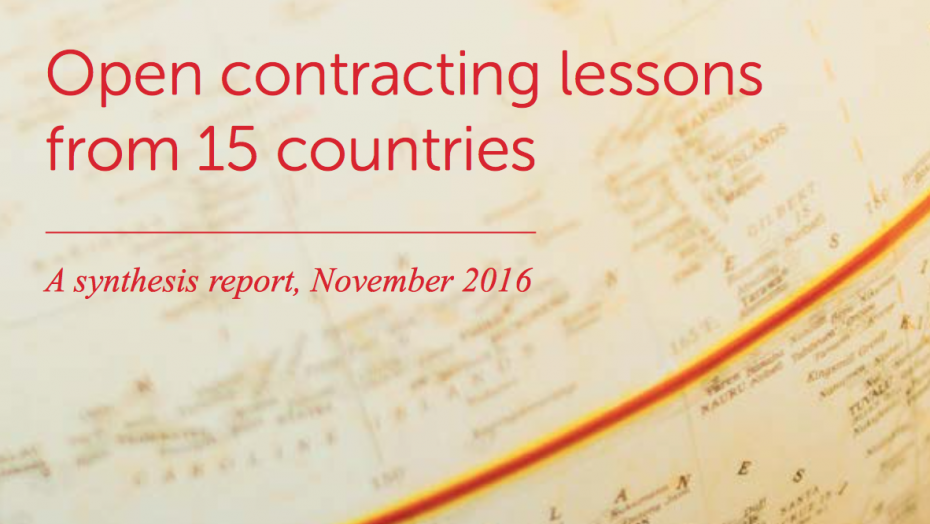 Governments worldwide spend an estimated USD 9.5 trillion annually in public contracting. But how, when, and where this money is spent is often not available to the public. When this information is published, it tends to be complex and difficult to understand.

We need journalists, civil society organizations and others to analyze these data and translate them into relevant information for citizens. A good example of how this might work is an investigation by Africa Uncensored. These investigative journalists, who belonged to core beneficiaries of the Kenya Media Programme (KMP), supported by Hivos East Africa, uncovered a huge scheme in the procurement of medicines and medical expenses in public health services in Kenya. It turned out Kenyan citizens paid amounts 30-300% higher than market prices, caused by the way the government procures. The used mechanism, called the Market Price Index model, results in huge regional differences in pricing for medical equipment and drugs.

This story perfectly illustrates how Hivos and ARTICLE 19 want to work with infomediaries. They will use public contracting data to investigate misuse and corruption and translate it into actionable information that can be used by civil society organizations, policy makers and prosecutors to not only improve the system of public contracting, but to also support citizens in holding governments accountable and following where their taxes end up.

So, how can we further advance the opening up of public contracting?

Research commissioned by Hivos and ARTICLE 19, conducted under the supervision of Open Contracting Partnership, shows that if citizens want to hold governments accountable these governments not only need to publicly commit to open contracting, but also draft legislation that recognizes the right of the public to access information on public contracts.

Moreover, disclosure of contracting data and documents using the Open Contracting Data Standard, and fostering strong engagement of citizens in open contracting are two important prerequisites. The full results of the study are published during the OGP in Paris on 7th December 2016.

Hivos and ARTICLE 19 launched their global programme on Open Contracting Data this year, which aims to open up public contracting by active engagement of citizens who want to monitor public spending, so that the huge sums of money involved are spent honestly and efficiently.

It will be implemented in Kenya, Malawi, Tanzania, Indonesia, Philippines and Guatemala, in close cooperation with the Ministry of Foreign Affairs of the Netherlands and partners like the Open Contracting Partnership.

The programme supports independent journalists, activists, entrepreneurs, academics and civic watchdog organizations in their efforts to use contracting data and public revenue flows for public scrutiny, advocacy campaigns and translate it into meaningful information for citizens.

This way, citizens can gain insight into what governments and businesses are doing, how they obtain and spend (public) money and hold them to account. In addition, the programme advocates for policy and practice change by governments to open up more and high-quality data on public contracting for the public good.

From December 7-9 government representatives and civil society organizations from all over the world are gathering in Paris for the fourth global summit of the Open Government Partnership (OGP).

The OGP aims to secure concrete commitments from governments to promote transparency, empower citizens, fight corruption, and use new technology to strengthen governance. The released studies from Hivos and ARTICLE 19 highlight open contracting as an essential solution to open government.

In a conversation with Hivos, OGP’s Chief Executive Officer, Sanjay Pradhan, emphasizes that “to turn commitments into results, we need actions not just from government and private sector to disclose contracts, but also monitoring from civil society, media and parliaments. That’s why this programme on Open Contracting Data, which is focused on engaging citizens, is so important. Ultimately, we need multi-stakeholder coalitions of integrity to combat entrenched networks of corruption. OGP offers a platform for government, civil society and other stakeholders to come together to find collective courage to overcome formidable odds. In doing so, OGP can serve as the antidote to deep citizen distrust of government and elite capture, and closing civic space, by showing a more hopeful vision of open government.”

Rebuilding the trust in governments through Open Contracting