#ContratosAbiertosCDMX (Open Contracts Mexico City) is the hashtag that lit up Twitter on Monday morning in Mexico City. It is a catchy slogan, and one that the whole team at the Open Contracting Partnership, and I are very proud of.

On Monday Mexico City launched its open contracting data portal. It is the first city in the world to publish contracting information on the planning, tendering, awarding and the implementation stages using the Open Contracting Data Standard. This is a major achievement. People in Mexico City will be able to see which contracts in three major city agencies, starting at the Department of Finance, are planned, who wins them and where implementation stands.

We hope that this major step towards greater transparency and accountability will inspire many other cities and countries to do the same.

Together with Bloomberg Associates we have worked very closely with the Mexico City team and its partners, such as Gobierno Fácil and IMCO, since the project was announced in April 2015. It is one of our showcase and learning projects with which we aim to test and demonstrate open contracting innovations – in this case in one of biggest cities in the world – and share what we learn.

We learnt that it takes political will to open the city’s contracts to this level of transparency. Mayor Mancera publicly committed to this project and championed it ever since. After he announced the project, a team of employees from multiple city agencies formed the working group that turned the mayor’s commitment into action. We know from experience that this does not always happen and we congratulate everyone who made “ContratosAbiertosCDMX” a reality.

In addition to being a showcase and learning project, for me personally this has been a very special engagement. I was blessed with a lovely baby daughter near the start of this project. Over the past months, I have seen my daughter and this project reach milestone after milestone. This is not to say that the project does not have its challenges. Like raising a small child, opening up procurement systems is not always easy and the multi-stakeholder team behind this project had to overcome some challenges. These ranged from adapting the standard to Mexico City’s unique context to developing our shared ability to communicate as a team about JSON files, APIs and data visualization.

As a mother, I hope that this portal, especially when it will be used by other city agencies, such as Public Works, will help mothers, fathers, teachers and other citizens in Mexico City to see whether their children are benefiting from safe roads and reliable transport.

This is what motivates me about open contracting. Using the power of procurement to improve quality of life. Mexico City will hopefully show what is possible.

We are very excited to continue the work with Mexico City in bringing more openness to more city agencies and empowering businesses, technologists and citizens to use this new information to make sure we see great results on the ground. 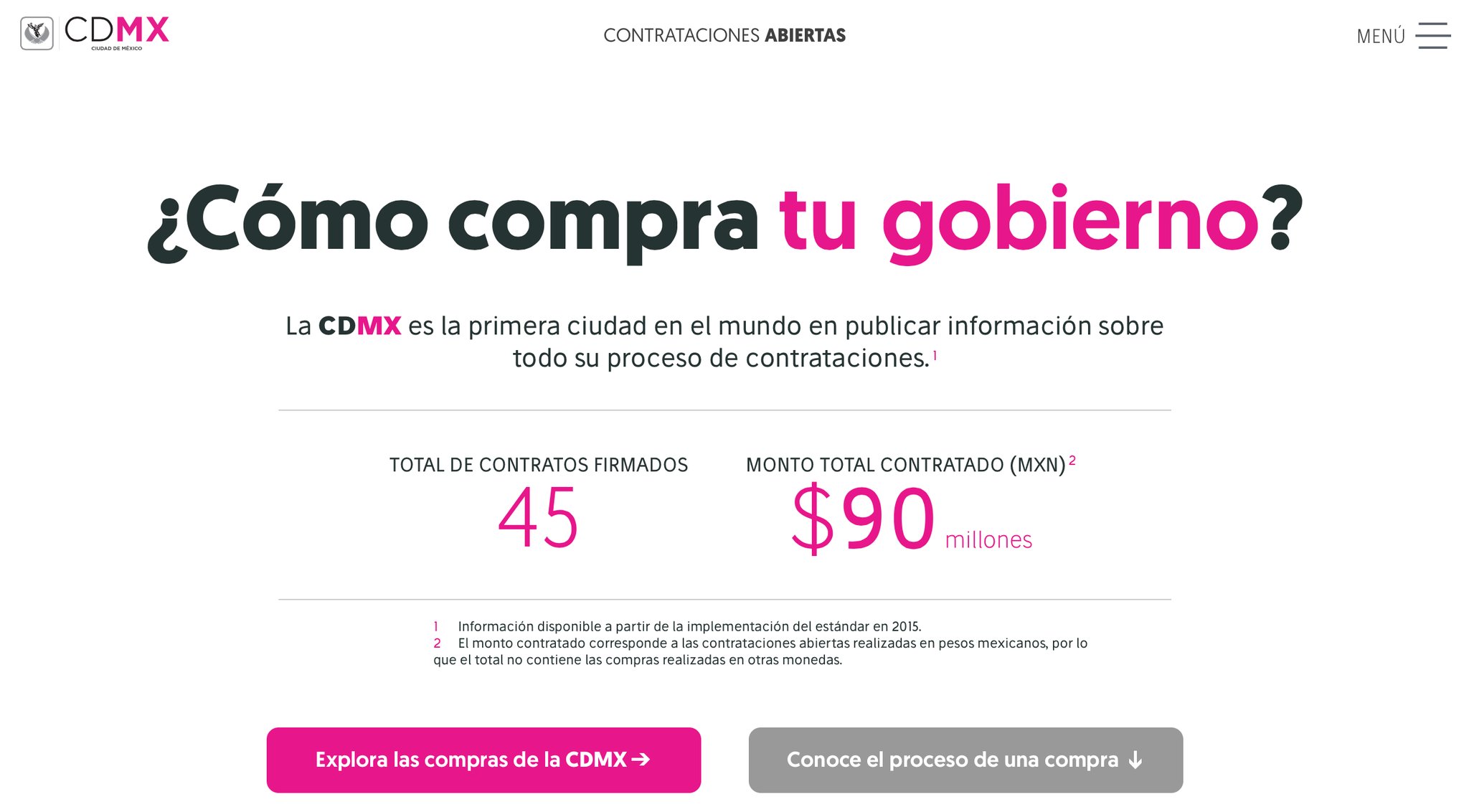