A key question for the open data movement is who is using this data. What impact is it having? The theory of change of open contracting is that standardized, structured, and open public contracting data can be used to understand, expose, and fix problems, leading to better quality outcomes.

At the recent Open Impact Day, organized by the World Bank, we brought together a group of experts to look at concrete examples of how open contracting has had an impact for people on the ground.

Charles Kenny of the Center for Global Development presented an overview of the evidence, drawing upon the experiences of a working group on Contract Publication. Development Gateway’s Dustin Homer shared some great examples of how civil society has been able to monitor public contracts. And Myroslav Opyr from QuintaGroup discussed the concrete implementation of our Open Contracting Data Standard in the Ukraine.

Many flaws of public procurement are well documented: poor price forecasting, limited competition, poorly designed tenders, and (too often) fraud and corruption combine to produce low-quality, overpriced, and over-budget delivery. Notorious is the case of the Dabhol Power Plant, built in India’s state of Maharashtra by a consortium led by US energy firm Enron. It produced power at a cost up to 4 times of that charged by local producers under a non-transparently awarded power purchase agreement that forced the local utility to buy it. The annual cost to the state was estimated at US $1.3 billion.

But the evidence base for the positive impact of open contracting is growing. Slovakia, Georgia and the Philippines all experienced improvements in the quality of government contracting.

Transparency International Slovakia was able to use data culled from the contract publication system to uncover considerable inefficiencies in hospital procurement. Identical CT scanners were purchased in the same year for prices that varied by as much as 100%. More than half of all hospital tenders attracted only one competitor. Competitive (as compared to single-bid) tenders were associated with prices that were 20% lower. Electronic procurement was associated with considerably increased competition.

Many groups are working already on a local level to enhance contract transparency and accountability.

The Africa Freedom of Information Centre uses access to information legislation in Uganda to obtain contract documents and monitor whether development projects are being delivered to specification. The works are often deficient, for example roofing panels for hospitals that are paid for, but not installed.

But more can be done to support these local efforts. In Nepal, Development Gateway, Open Government Partnership and we at the Open Contracting Partnership have joined to support Nepal’s Public Procurement Monitoring Office structure and map contracting data from development projects. By visualizing this information, it was possible to engage a wide range of stakeholders about how to leverage the data for better planning and decision-making. The open contracting principles are now being incorporated into the office’s policies and technology.

Significant challenges remain. Too often, it’s impossible to trace money from development projects to procurement outcomes. The problem persists because there is no unique identifier that links contracts with projects.

Implementation of a procurement data standard in the Ukraine 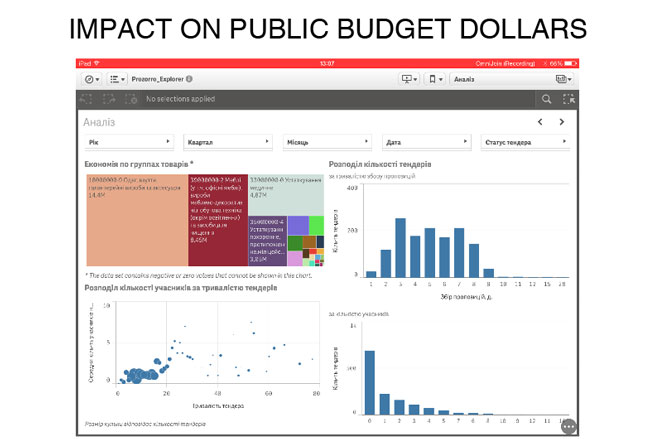 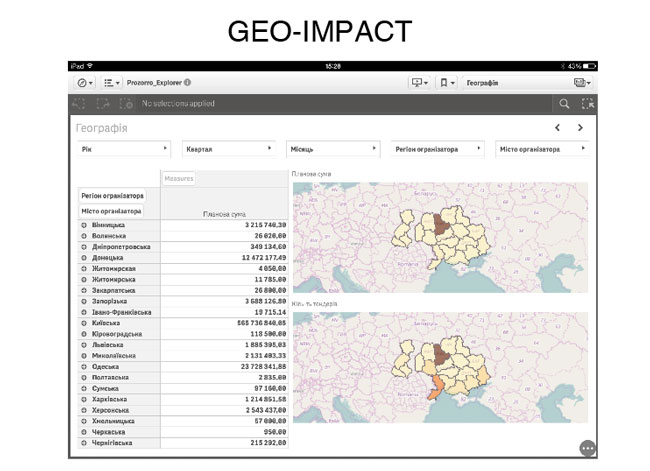 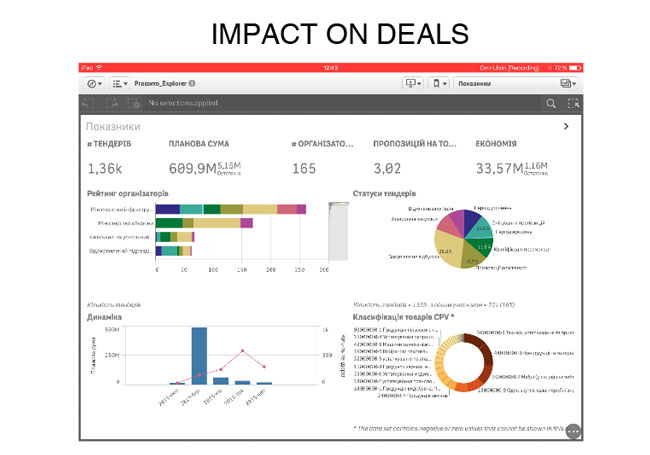 The standard is used in the Ukraine by the ProZorro initiative to realize more transparent and efficient e-procurement. ProZorro is a public-private partnership made up of government, civil society, and the private sector. Several civil activists and procurement experts decided to develop open procurement open source software in the midst of the Ukraine conflict to make sure scarce resources are spent most effectively. This new pilot procurement system launched in February 2015, and is based on the Open Contracting Data Standard as a key tool for structuring and analyzing contract data. Any document and any information related to public procurement (annual plans, tender notices, tender documentation, bids, decisions of evaluation committees, contracts and their implementation, payments etc) is open and freely accessible online.

The results have been impressive: Within the first 3 months, US $1.5 million in public budget was saved. Competition increased to an average of 3 participating bidding companies per tender. And the information was available more widely.