Challenge: The state of Nuevo Leon is one of Mexico’s biggest and fastest growing economies, boosted by its proximity to the USA. But opacity about tender opportunities and a lack of coherent information about how the state was investing in its public infrastructure resulted in inefficient processes, low competition, and increased corruption risks as well as gaps in key public services like healthcare

Open contracting approach: To increase transparency and competition, Nuevo Leon’s built a digital platform called Infraestructura Abierta, powered by open data, to coordinate actors and bring together information to improve both the transparency and the management of the state’s infrastructure projects. Infreastructura Abierta streamlines the management of public works systems across the full project cycle from planning to execution to delivery, and links public contracts with project-level data on planning and implementation, from previously scattered sources.

The reform initially focused on publishing information of key sectors such as culture and recreation, social housing, roads, and water infrastructure.

Working with civil society organization México Evalua, Mexico’s federal institute for access to public information institute and data protection (INAI) and local stakeholders, the government established a multistakeholder coalition to coordinate the implementation of Infraestructura Abierta and engage citizens and businesses. A new government elected in 2021 expanded the reforms to include more agencies and increased the data quality. New tools to improve internal efficiency have also been added such as a catalog of construction contract items which helps to benchmark, measure and report project costs.

Results: Infraestructura Abierta went live in 2020 and now provides details of 187 projects and 355 contracts across Nuevo Leon. Since the implementation of the open contracting reforms, the state has seen a high average number of bidders per tender of above 6.5. Despite a transition to a new government, reforms continue. The number of buyers included has increased from 18 to 31, and there have been no single-bid tenders in 2021 and 2022. 53% of the winning suppliers were new, securing contracts for the first time.

A new law on public participation in the State, which mandates the use of various consultation mechanisms for civic engagement in government decisions and policies, should further empower civic monitoring of public works. Infraestructura Abierta has also served as the inspiration for an ambitious Mexico-wide effort by the INAI and México Evalúa to help other states implement a similar open contracting approach for their infrastructure and public works too.

In 2021, OCP wrote about reforms in Mexico’s Nuevo León that made infrastructure more transparent and competitive. Anyone can visit the Infraestructura Abierta platform to check the status of billions of pesos worth of infrastructure projects in the booming state, covering everything from road works to museums and new parks providing communities with much-needed outdoor space. This shift to open and accessible information also appears to have made it easier for more suppliers to bid on tenders and devise high-quality proposals. Better information has also allowed the government to manage projects more efficiently, while also building trust in the market. Overall, the changes have led to measurable improvements in competition.

But experience tells us that such initiatives are vulnerable to being abandoned during political transitions. So, after state elections in 2021, it wasn’t immediately clear whether the new administration would continue the work of its predecessors, despite the original reformers developing a continuity strategy to prepare for such scenarios. Part of this strategy included securing a continued commitment by the multistakeholder group and briefings of the new administration about the process and results.

A year on, we’re pleased to report that significant further progress has been made. Under the new government, the number of state buyers using the platform has increased from 18 to 31. Municipalities such as San Pedro, the richest in the state, have joined the initiative. The platform now covers 187 projects and 355 contracting processes (up from 175 and 230 respectively when we last reported), now covering data on their costs, contractors, funding source, procurement method, payments, and environmental impact evaluations, among other details.

Our analysis of the data on the platform shows that the average number of bidders has remained high: the average number of bids was 6.5 in 2017 and was 8.8 in 2022. There have not been any single-bid tenders in 2021 and 2022, which is important as single-bid tenders are often more expensive and may denote favoritism. Over the last year, some 44% of bidders were new and half of the suppliers (53%) won a contract for the first time, suggesting fairer competition may be encouraging new entrants. Nearly all the roads and urban transport contracts were won by different companies. Having the information in one place allows vendors to find tenders as soon as they are advertised without having to trawl through multiple different sites or platforms, which in turn enables them to plan their proposals more efficiently. Using georeferencing to visualize where projects are taking place has also reduced the impression that most money is only spent in the metropolitan areas, encouraging submissions from more local suppliers. For more on why the open data platform has fostered competition, see our previous story on Nuevo León. 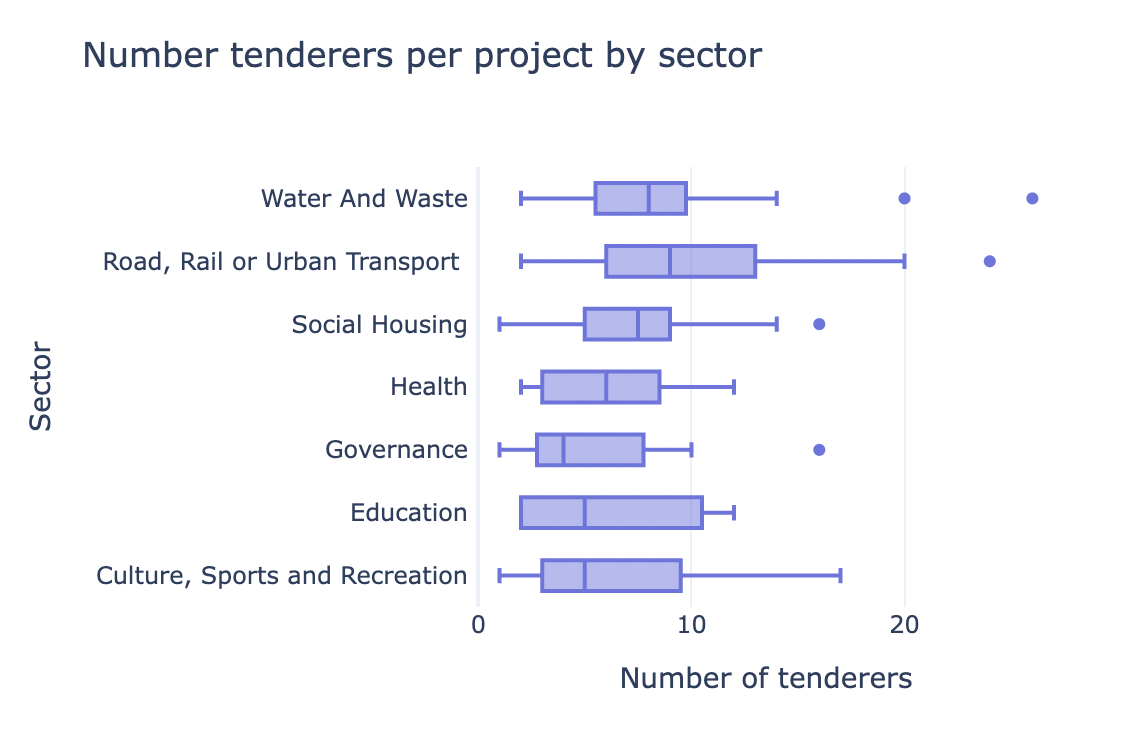 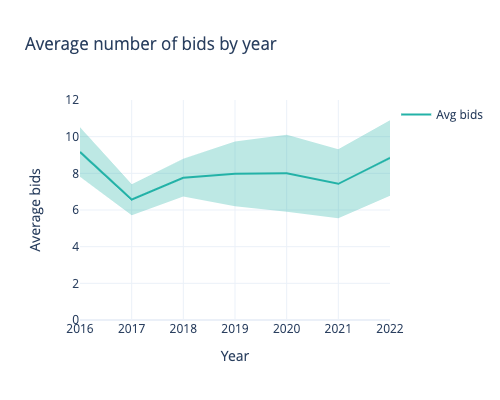 The Infrastructure Abierta platform collates, organizes, and opens up data on the state’s public works projects, using the Open Contracting Data Standard (OCDS) and the Open Contracting for Infrastructure Data Standard (OC4IDS). The platform also streamlines the management of public works systems across the full project cycle from planning to execution to delivery, and links public contracts with project-level data on planning and implementation, from previously scattered sources.

While the portal is not a transactional e-procurement platform itself, it allows the administration to manage key information around major projects, which has been central to improving coordination and oversight across agencies. It is not just a transparency portal, as the digital workflow to publish information promotes coordination among actors and oversight of decision-making. On a technical level, the government has made further improvements to its workflow, such as the creation of a catalog of construction contract items — a shopping list of common supplies — which helps to benchmark, measure and report project costs in a meaningful way. Such a catalog helps to promote savings and reduce corruption risks by making prices and quantities more transparent and comparable.

And the State’s public procurement agency has started a process to review and open up its e-procurement systems including data publication which will feed the platform automatically.

While the technology is important, the other critical component of the reform is multistakeholder collaboration. An engagement committee, initially led by the civil society organization México Evalúa, is now formally hosted by the access to information agency InfoNL and involves more than 20 local actors, including high-level participation by the Mexican Public Works Association for Nuevo León, universities, and the civil society organization Cómo Vamos Nuevo León.

There has been progress in wider civic collaboration in Nuevo Leon too. A new law on public participation was signed in September which – if properly resourced and supported – will open up the door for more engagement and citizen monitoring of public works (and public decision-making in general). The State’s local action plan under the Open Government Partnership may bring further innovations.

The Nuevo Leon model has also served as inspiration for an ambitious Mexico-wide effort by the INAI and México Evalúa to help other states implement a similar open contracting approach to increase efficiency, transparency and accountability in public works projects. More than 23 local and state entities are now participating in this initiative, supported by OCP. The open-source technologies and the open data standards that Infraestructura Abierta is built off allows the model to be more easily replicated by other governments.

Nuevo Leon’s hard work building collaboration and digital tools for better infrastructure are now beginning to pay off with a clear impact on competition and supplier diversity. As these contracts get converted into infrastructure, they will make a major difference to the lives of citizens in this burgeoning state.