In this series of data use stories, we highlight examples of open contracting from around the world and across a diverse range of availability of data, technical sophistication, and local contexts. The stories explore how data can be used to explore the role of public contracts for solving specific public policy questions and social problems through open contracting. Many of the initiatives and the amazing people driving them are part of wider efforts to open up public procurement. But while sustainable impact will take some time, we can see the ripple effects of these open contracting efforts already.

Chile’s Carabineros police force has an “exclusive club” of suppliers that win contracts through risky, non-competitive procurement processes, according to government figures. In 2017, a massive 81% of the Carabineros’ purchases were direct awards, compared to 19% on average for other central government institutions. It’s just one of the finding by the civil society group, Observatorio del Gasto Fiscal en Chile (Observatorio Fiscal), which assesses competition in public procurement by analyzing open data generated by the government’s e-procurement system.

Created in 2003, Chile’s public procurement system has gradually matured over the years, with the number of public bodies required to use its transactional e-portal increasing substantially.

But open contracting data isn’t useful if it isn’t used. With that in mind, ChileCompra, the Chilean public procurement authority, and several civil society organizations began working together in 2017 to increase data use and scrutiny of the enormous public marketplace.

Observatorio Fiscal was one of the first civil society organizations to start using the data. Led by Executive Director Jeannette von Wolfersdorff, the non-profit describes its approach as “data-based activism.” Its mission is to bring more transparency and integrity to public expenditure and the public market.

Public spending at a municipal level was one of the organization’s first focus areas. It created visualizations to show important details, such as who the municipalities buy from, what and how much they purchase and for what price.

In September 2018, Observatorio Fiscal launched a new microsite Public Buying Observatory that looks at actual competition in both national and municipal procurement through in-depth analysis and visualizations. With the data updated quarterly, the site explores key questions, including how do state institutions buy their goods and services? How often are public tenders, direct awards and framework agreements used? How much competition is there? Which companies are supplying what? Observatorio Fiscal also provides an analysis of what data are missing to get a more precise evaluation of competition levels, with a specific focus on company information.

This analysis has informed other efforts to increase integrity in government, through a working group made up of ChileCompra, Observatorio Fiscal and other civil society organizations such as Chile Transparente. In particular, the group has been working on the health and construction sectors and advocating for Chile to create a beneficial ownership register, which would involve an amendment to the national procurement law

Meanwhile, the open data is also being used to identify red flags. Taking advantage of their independence as civil society groups, Observatorio Fiscal and other NGOs like Chile Transparente and Espacio Público analyze the data and discuss their findings with the government procurement agency, ChileCompra, who shares a mutual interest in ensuring accountability in the sector. These conversations have been formalized through a “data committee” that meets periodically.

Journalists have started taking an interest in their research too, with the first stories emerging that shed light on the spending of public entities like the Carabinieros.

Jeannette von Wolfersdorff: Developing a clear strategy for collaboration with other open society organizations, industry associations, and government [through] public-private agreements. That must include connecting beneficial ownership data to open contracting, and working for a more competitive market. For example, our last data analysis showed that we have a problem with hospital procurement. Who gets the money? That’s what we’re trying to show. Of course, that is not easy without quality beneficial ownership data. Nor is it easy to understand whether the goods and services bought by the hospitals really represent the best value for money.

The pharmaceutical market is so complicated to understand that, without specific pharma knowledge, it is hard to determine whether hospitals might have conflicts of interest in their procurement. One example: a hospital could purchase a new medicine that might have a 20% better absorption than the generic medicines available. But maybe it is manufactured by just one laboratory and is 10 times more expensive than the more competitive generics, which are produced by a number of other laboratories. To understand cases like these, it is important to consider a more coordinated approach between independent (!) pharma experts, the national budget institution, the procurement institution and finally civil society. Together they should build a council that supervises hospital purchasing. In that sense, it is important, not only to renew public-private alliances, but also to think about more sector-specific monitoring of public procurement.

What are the challenges you’ve faced and how are you overcoming them?

JvW: We are still facing data quality problems and significant gaps in procurement data. We think there will soon be progress regarding beneficial ownership data, by bringing together the voices of NGOs working on integrity and transparency, with the voices of public providers, and working united with the team of ChileCompra. We are analyzing how to change our procurement law, and civil society has also worked together, in the last months, to include a national beneficial ownership register in the fourth OGP National Action Plan. These are positive steps in the right direction. If Chile develops a national register, it must be connected with procurement data. Enforcing the quality of beneficial ownership data would be very beneficial for the transparency of the procurement market. Having said that, without a doubt, the most important challenge for us, regarding our actual public-private collaboration in Chile is to find the right balance between collaborative action with the government and applying positive pressure.

JvW: When you don’t have the right incentives, you don’t have a fair market. It’s very important to improve our legal systems to prevent corruption. On the other hand, we learned that the interests of suppliers are different than the interests of civil society. Suppliers want to compete but civil society wants transparency. But the one doesn’t necessarily exclude the other: right now, we’re seeing small steps where providers and civil society are talking together and showing that a fairer, more transparent system means more market competition.

What are the next steps for you?

JvW: We want to create a register of beneficial owners that is open to the public. First, just for the procurement market, and then for Chile, connecting the national data with the procurement database. There is a lot of work to do to get this done. Regarding data, we plan to deepen our analysis, especially for the health and construction sector, with the aim of sharing more open information about the competitiveness of the market. Finally, I must mention that for our first steps, we are really very happy to have had support – financial and strategic – from the Open Contracting Partnership team. Thanks! 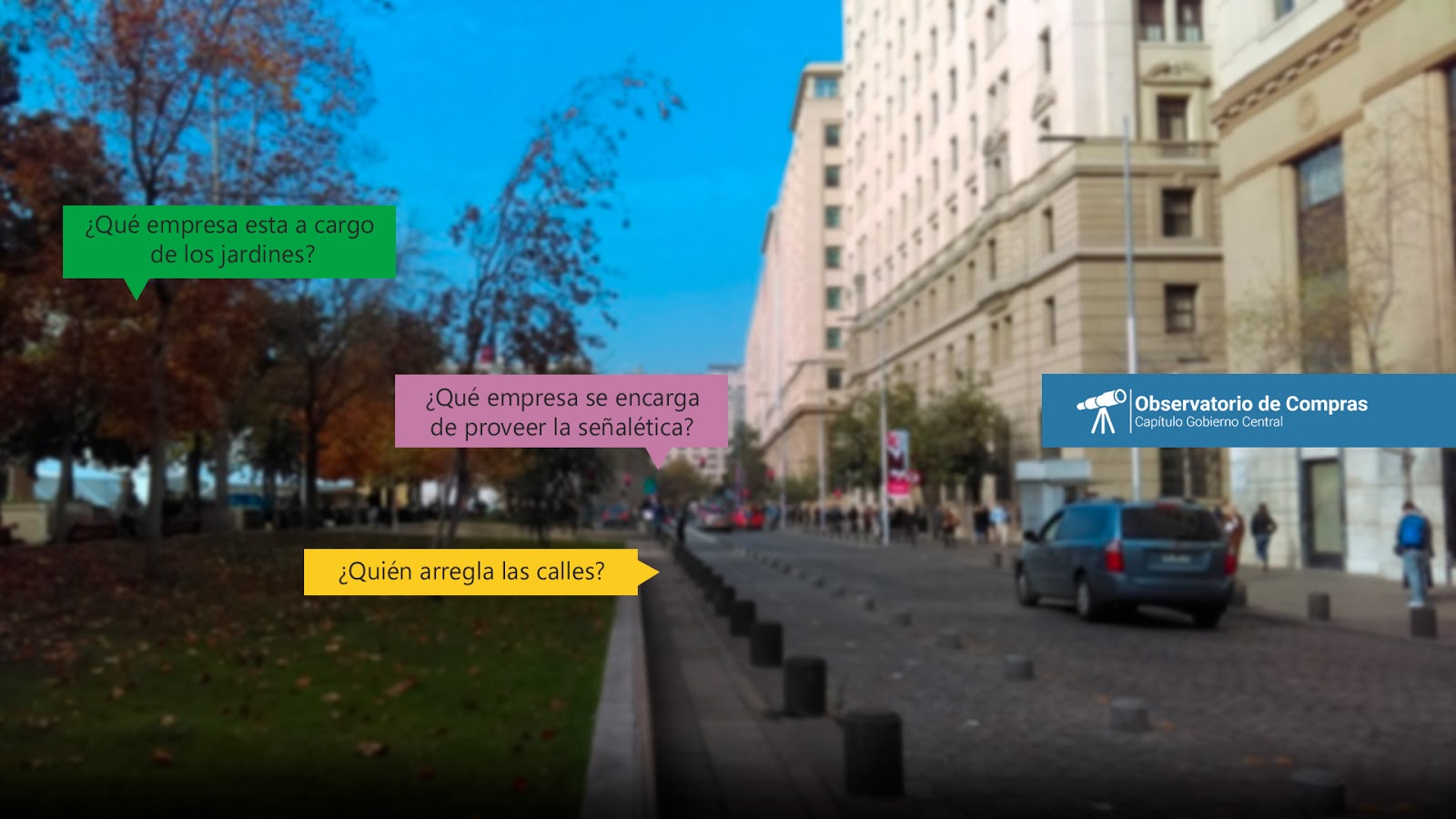