Mexico City is one of the largest urban conglomerates worldwide. Transforming how the city manages its $10 billion municipal budget could be an immense step forward to better performance, and therefore better goods and services for the city’s 8.8 million citizens.

With this opportunity in mind, the Open Contracting Partnership and Bloomberg Associates are supporting the Mancera administration’s ambitious step toward a transparent contracting process.

We will have a unique chance to learn what open contracting looks like on a city level, indeed, in the largest capital city in the Americas. It is here where, as Nathaniel Heller explains, open government and open data efforts have shorter accountability loops and therefore real impact can be felt directly and quickly. In a similar vein, Rose Gill Hearn of Bloomberg Associates has noted that the additional information should be useful to the business community and hopefully will spur more competition and economic activity in Mexico City. “We hope other cities follow suit,” she adds.

Mexico City also represents the Open Contracting Partnership’s first municipal showcase and learning project, our projects that aim to demonstrate learning effects and needed evidence. It will also represent the first time a city publishes procurement data for the complete procurement cycle, including tenders, spending and contracts, according to the Open Contracting Data Standard.

There is a lot to be learned from early examples of open procurement data experiences in cities such as Montreal and New York City. We want to build on those examples to inspire the next generation of implementers: by showing how a city can, in very practical terms, open up its public contracting.

With the political will of Mayor Mancera’s administration, we are part of a collaboration that includes not only City Hall and Bloomberg Associates, but also the city’s finance secretariat and key civil society partners such as IMCO (the Mexican Institute for Competitiveness) and tech innovators like Gobierno Fácil (Easy Government). Currently, every partner plays a vital role in using the Open Contracting Data Standard to instill transparency and increase engagement in Mexico City’s procurement cycle. And beyond these, the project team is in dialogue with Transparency Mexicana, the Institute for Transportation and Development Policy, and representatives from other key parts of government, such as the Secretariat of Public Works and Services.

For us at the Open Contracting Partnership, learning is paramount, so we will naturally take this opportunity to ask questions and test theories.

We want to explore how a transparent procurement process can create opportunities that foster more involvement by city residents and local civil society. How will they change perceptions around city management? Will the procurement process improve (e.g. less time spent per tender, for example)? Most importantly we will be looking for evidence of better city deals, meaning higher quality goods and services for citizens.

Right now, the IT team at Mexico City’s finance secretariat is in the process of putting the Open Contracting Data Standard into the heart of the existing internal GRP-SAP platform, and doing so in a way that also aligns with local transparency law. From there, they will be working with IMCO and Gobierno Fácil to translate the open data into public-facing resources that will help citizens understand why public contracting is so important and how it is performing in their city. An open contracting portal is expected to be launched by early next year.

As the project moves forward, we will step up our support for building up meaningful citizen engagement around open contracting data. As Gavin and Georg pointed out in their recent blog, it is engagement and use of the data that produces real results. As the project progresses and evolves, we will support the CDMX team in reaching out more to civil society, journalists and local civic hackers to facilitate real collaboration between the City Hall’s initiatives, citizen voices, and the open data movement.

We look forward to publishing more updates on the progress in Mexico City. It’s a journey that’s just beginning, and we’re excited to share it with you. 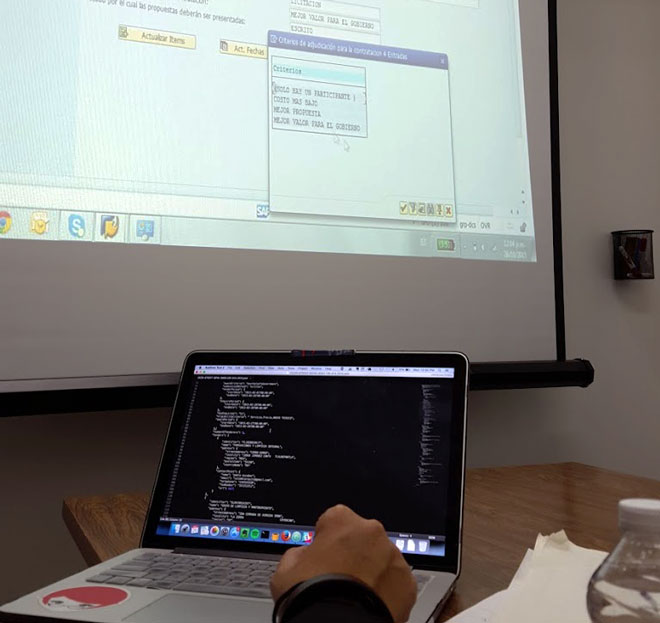