While Burkina Faso has historically been considered an agricultural country, in recent years it has seen a significant increase in its mining sector. Due to its significant gold, phosphate, zinc, and manganese deposits, mining is now a strategic sector, representing 20% of the state resources. In particular, gold production has more than doubled over the past three years to an estimated 40 tons in 2012, contributing 14% of GDP.

With such a large emphasis being put on mining, Burkina Faso signed on to the Extractive Industries Transparency Initiative (EITI) in 2009, and in February 2013 the country became EITI compliant, guaranteeing the disclosure of payments and revenues in the sector.

Because of the significant attention and energy devoted to the EITI process, there is growing debate in the country around the need to disclose and monitor mining deals. Though there is not yet a law or policy requiring disclosure, mining contracts are available.

One key source of conflict stemming from the increased significance of mining is employment of nationals. Due to these recurring conflicts, and taking advantage of the de facto contract disclosure, a coalition of NGOs  supported by the World Bank Institute (WBI) and the Revenue Watch Institute (RWI) have implemented a contract monitoring project to assess compliance of contract obligations with regard to employment of nationals in mining projects. The coalition includes l’Organisation pour le Renforcement des Capacités de Développement (ORCADE), le Réseau africain de Journalistes pour l’Intégrité et la Transparence (RAJIT-Burkina Faso) et la Coalition Min’Alerte.

WBI and RWI trained the coalition to better understand mining contracts, and the NGOs used the methodology developed by WBI through the contract monitoring roadmap (http://contractroadmap.org/) to further investigate this topic.

The research found that the two targeted companies, Kalsaka mining and IamGold Essakane SA mining, are meetings their commitments with regard to employment obligations as stated in the contracts. The mining convention states that between 75 and 90% of staff must be local. The study found that Kalsaka mining has a local staff of over 90%, and IamGold Essakane SA also employs over 90% of Burkinabe with over 40% from the municipalities bordering the site.

During a restitution workshop in June 2013, representatives from the two mining companies welcomed the objectivity of the CSO group and said they appreciated the fact that NGOs are willing to acknowledge companies’ good practices.

“The private sector needs this kind of recognition to be more willing to participate on critical discussions on open contracting” said Tidiane Barry, Director of Corporate Affairs at IamGold Essakane SA mine . 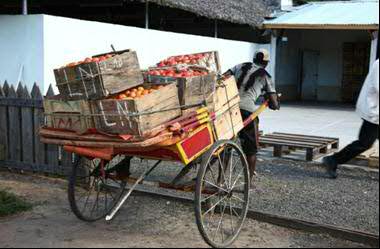 However, the study highlighted two critical issues related to contract monitoring. First is the fact that government agencies have difficulty collecting data on employment in the mining sector. There are many agencies that are supposed to be involved in this process either by collecting data or by enforcing. Unfortunately, the division of labor between the agencies is unclear, thus the responsibilities are not properly defined. This situation leads to a lack of capacity on the part of government authorities to monitor contract obligations between the government and the mining companies.

The second issue is the difficulty in agreeing upon a common definition of local employment. Does local means communities surrounding the mining site, the region (according to the administrative division) or the whole country? Each company came up with its own definition but the perception among locals is that jobs are always being given to others, meaning foreigners or Burkinabe from other regions. The study highlights the need to have further discussions around this definition to address those different perceptions.

The CSO coalition on contract monitoring will continue to help motivate mining companies to communicate more often and better. If this study had not been conducted, for example, the perception that the majority of jobs are occupied by expatriates would still continue to prevail.

“The recruitment of unqualified staff continues to be a point of contention on the ground… The finding of the study demonstrating companies’ compliance is a bit of surprise,” said Pierre Dabiré, president of Rajit.

In view of the challenges raised in the study, the NGOs propose recommendations including

implementing operational frameworks for dialogue to solve the communication problems, establishing a mechanism for collecting and managing data on the mining sector, particularly on the issue of employment; and establish more communication between  local people, national public opinion, mining companies, and the government.

The final report of the study will be published in November 2013.