An agitated farmer  from a remote village in India approached his Elected Representative  in the early hours of a winter morning. After the pleasantries, the farmer came right to the point.

“Sir, the road that is being built in my village is not good,” he said.

The Representative asked the farmer, “Really? How do you say so?”

The farmer said “Because I think so. Believe me sir”.

The Representative  politely told  the farmer that he would look into the matter. The farmer trudged back to his village heavy hearted.

That same day in the nearby tribal village, a group of native citizens visited the local government Engineer’s office to lodge a formal complaint about the road being constructed in their village.

“Sir, the road that is being laid in our village is not good,” they said.

The Engineer asks the farmers, “Really? How do you say so?”

The villager’s firmly said,  “Sir, as per the contract the width should be 3.75 meters. But we find the width to be only 3.5 meters. And the thickness of the topmost layer should be 2 centimetres but it is only 1.5 centimetres”.

The Engineer stirred in his chair. He leaned forward and enquired, “What else have you people found out to be missing?”

The tribal citizens were excited that they had caught his attention. They went on explaining all that they had observed and measured against what was supposed to be happening as per the ‘contract’.

The Engineer promised to come along visiting the next day. He also promised to get the deficiencies corrected. Feeling content, they trudged back home.

In both the instances, it was the roads that were being built under the Rural Roads Scheme or PMGSY (www.pmgsyonline.nic.in). We notice that they both began in the same manner but end differently.. The differentiating factor between the two instances was the ‘facts and figures’ as evidence.  Also. it is important to notice that there were many citizens in second case as witnesses. The evidence validated in public domain or with many people was accepted as ‘truth’.

The two instances, although imaginary, are close to reality. Because the truth, in terms of facts and figures, holds good at all times. The truth commands respect. It draws undivided attention. It ultimately wins over all its adversaries. This universal fact has stood the test of times.

Each kilometer of PMGSY road costs close to US$ 0.1 Million. Even a little compromise on the quality and/or quantity in PMGSY road, or for that matter in any road anywhere in the world, guarantees a huge loss of people’s money. It also guarantees bad roads that don’t meet the needs of the people. Additionally,  bad roads necessitate renovations and further loss of people’s money. It becomes a cycle of ‘convenient leakage’.

Generating truth, as evidence in terms of facts and figures, as an infallible tool of advocacy is a strategy that needs to be closely examined, evolved to operate inside the prevailing political environment and tailored to suit the existing social context to break this cycle of convenient leakage.

Infrastructure projects like roads consume huge amounts of public money everywhere in the world. PMGSY this year 2013-14 alone in India is being implemented with a budget of close to US$ 4 Billion. Building roads is a complicated engineering exercise.

The challenge is to make this process simple enough for the ordinary citizen to understand, and then to prompt them to monitor ‘their’ road. In India or anywhere, rural roads have become ‘lifelines’ connecting people to education, health, agriculture markets and much more providing for the comprehensive development of communities. It is imperative that suitable sets of simple tools and techniques be provided to the ordinary citizen to generate authentic evidence. 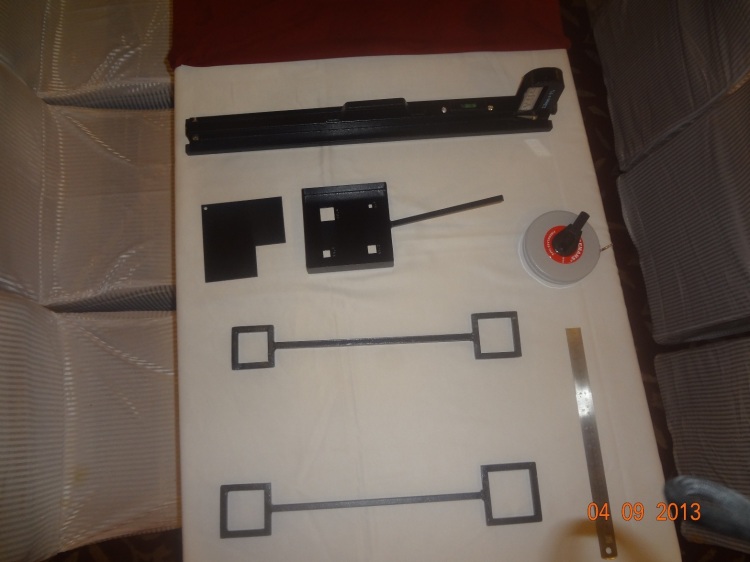 The Public Affairs Centre (PAC), since 2006, has been working to evolve ‘citizen road monitoring tools’. The process began with identifying and distilling elements of a road that can be monitored by citizen during and after construction.

They also outlined things that could be identified and counted with the naked eye, like the number of potholes or undulations or culverts or sign boards. All the elements that can be counted and measured, together, formed a set of indicators to generate actual data.

Using this system, any data that is collected is then plotted alongside the mandatory values as listed in the signed contract between the government and the contractor. The data generated is scored for performance  in percentages as either good roads, average roads and bad roads. Citizen with definite sets of data on their respective roads can then use them for advocacy and help fix their roads, while aggregated scores provide information on performance of roads overall in specific locations and can be taken to the government in those locations.

Citizen monitoring, or social audits, in welfare schemes like livelihood or food in India is mandated under respective laws but they suffer from low levels of awareness and uninformed participation. Citizen monitoring it is yet to take shape and take root  in infrastructure projects like roads in India. The enabling environment, however, like the right to information and right to guarantee of services exist,  but these are not preconditions for citizen monitoring.

Citizens are entitled to know and keep a tab on how their money is spent, anywhere in the world. But if  left to themselves, they can’t do it for want of expertise, time and resources. The process could be facilitated by CSOs and reinforced by the media. Creating awareness, empowering people to monitor with required sets of tools & techniques, generating evidence in a scientific way, negotiating with the government agencies in a constructive manner for results – are critical steps of advocacy, in that order. This needs to be facilitated by those with experience and expertise. The set of indicators could vary across nations as the road designs vary but the principles hold good for road sector anywhere in the world.

When citizens have the tools and techniques to monitor, and are empowered to hold their governments accountable, they will truly become drivers of their own development.