Not very long ago at all, in a galaxy not at all far away, the struggle for more light in government data is in full force.

“We were wary of public procurement given the history of corruption in Ukraine, but we are the living proof that rules have changed,” says Ihor Zvyahintsev from a small local paper company. His firm just won a UAH 60,000 contract for the Ministry of Defence through the Ukrainian government’s super-transparent new ProZorro platform.

Ihor’s experience is one example of how open contracting — driven by an alliance of governments, civil society, technologists and businesses — is beginning to take hold around the globe

2015 has been a big year for us. In January, we spun out the World Bank Group to become a cutting-edge, multi-stakeholder collaborative working through disclosure, data and engagement so that the huge sums of money spent on public contracting and procurement deliver on their promise of public benefit.

We crafted a clear strategy for how we were going to add value to a crowded field. We wanted to link up and leverage existing initiatives like the Open Government Partnership, channel the power of open data to identify and address problems, put learning and evidence at the heart of our work, and lastly, given the extraordinary scale and scope of public contracting, build a new field of allies and practitioners working on open contracting. So how did we do?

Well, we are pretty pleased with how things have developed.

We now have a passionate, super-smart team of six, and often feel like a small group of rebels against the dominant Empire. But we have built a cool alliance. While we don’t have lightsabers or cute droids, our strength lies in the support from fabulous private foundations (you can see all our funders here), a well resourced global helpdesk helping publishers of open contracting data worldwide, some promising international advocacy wins, and most importantly, clear demand from innovators, reformers and open government champions for open contracting in over 15 countries. We’ve also made a few mistakes and learned some valuable lessons. We even have fallen from our speed racer once or twice, more of which later.

Our overwhelming impression from this year though is the enormous, bottom-up energy from so many local reformers, technologists and advocates involved in opening up public contracting and procurement worldwide. Open contracting isn’t some new force being imposed from the top, it’s very much a story of local, rebellious energy and innovation, co-creation and collaboration focussing on user needs. It’s fun to be this month’s face of open government, but we are standing on the shoulders of Wookiees.

This is exactly the story in Ukraine. To be very honest, Ukraine is an unlikely place to be at the forefront of transparency and engagement but during the Maidan revolution a group of committed reformers came together to procure emergency humanitarian supplies during the conflict in the east of the country. Building on advice from a group of Georgian technologists, they searched for global examples of best practice and found open contracting. We seized on the potential for learning and demonstration from their efforts to become one of our first Showcase and Learning projects. 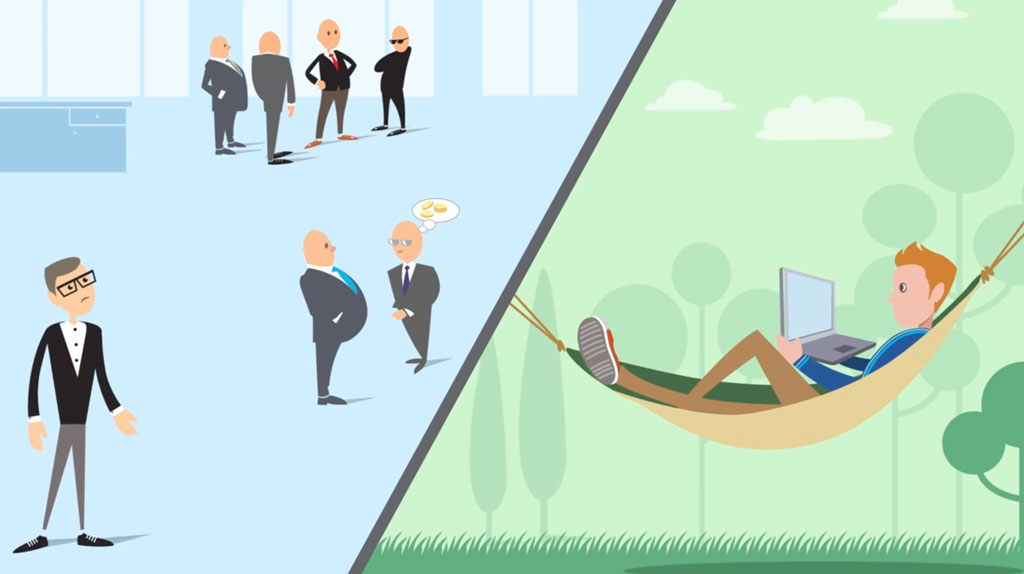 Ukraine is a country still riddled by corruption with a very volatile political environment putting advances at constant risk. Yet, government, business, and civil society have already built a world class, transparent procurement process called Prozorro to rebuild trust with both citizens and local businesses. Prozorro has now run over 26,000 tenders for $240 million in goods. Apart from doing this fully openly and fairly, it has helped save an average of 13% on budgeted spending too. It is now being scaled up across government.

The Ukraine is only one of the countries where open contracting has started to take hold. Open contracting data is now making bids and contracts open in Canada and Paraguay and there is an exciting pipeline of potential partners and collaborators in Colombia, Indonesia, Mexico, Mongolia, Philippines, Romania, the UK, Vietnam, Zambia and others.

More than 40 countries of the Open Government Partnership have committed to more transparent public procurement, three of which, Colombia, Ghana, and France, have included new and specific open contracting commitments.

New tools and ideas of putting procurement data to use are emerging including creative and inspiring work in Chile on making data more accessible or in Malaysia where contracting data was connected to politicians’ business interests.

We are really excited about how quickly cities can innovate and how much tighter the feedback loops are between citizens, civil society and local government. Montreal is openly publishing all its awards and Mexico City, where we are delighted to have another of our showcase and learning project, will be the first city in the world to fully integrate the standard into its public procurement process to publish planning, tenders, awards and progress.

But most importantly, we see other organisations also on the open contracting launchpad. The World Bank Governance Group, our mothership, continues to convince governments of the benefits of open contracting and supports its implementation. Hivos is launching a new program that will focus on building the capacities of those who will use the data. The German development agency GIZ is exploring open contracting for its programming and we will work with them identifying champions in Africa and some specific sectors. We are seeing the standard being used to start exploring vital issues such as contracts in extractives, great work by our colleagues NRGI on ResourceContracts.org, and by the Columbia Center for Sustainable Investment in New York on land management via OpenLandContracts.org.

Some of our advocacy successes (and those of our allies) included the G20 Principles of Public Procurement, which emphasise both the importance of transparency and participation, as well as the G20 Anti-Corruption Open Data Principles, which directly identified public procurement as a priority dataset to be published and recognised open contracting’s transformative potential therein.

We have learned quite a bit over this first year. We’ve seen that we need to present our arguments to make sure open contracting does not become just another mechanism staff at government agencies has to comply with. It first and foremost needs to show how open contracting improves the quality of life of citizens: it needs to add value, build on existing systems, and understand that the biggest users of procurement data might just be governments themselves.

While we often get to work with the most forward looking and innovative departments in government (for example, with the digital services groups of the government such as 18F and GDS) we need to make sure we can jump scale and reach out across bureaucracies to help them to become more agile and to rethink interaction with companies and citizens.

Our focus on user needs is vital and was really brought home to us at the Feedback Labs Summit in October. Alas, we didn’t do a good enough job of it when we let a potential showcase collaboration with a major US relief agency slip through our fingers. The agency itself was keen to collaborate but open contracting seemed like an imposition rather than a benefit to the line agencies that it supports. We didn’t focus enough on the potentially transformative impacts on the ground. We can learn from this. Rupert Simons of Publish What You Fund did a much better job of making the case joining up data on aid, budgets and open contracting at the OGP Summit.

We had another miss too with the Sustainable Development Goals. So far, we haven’t been able to turn a generalised recognition that transparency in public procurement is important into a clearer commitment to open contracting – the UN process is so vast and sprawling that we have been unable to get a critical mass of champions together. We haven’t given up, and as the process moves more to country ownership and a focus on local impacts, we will be there.

We also dropped the ball on being able to publish all our own contracts. One of the challenges for any start-up is capacity and we didn’t prioritize this effectively. We didn’t want to dump a bunch of PDFs out there, we want to publish the information in a proper useable format of course. We are consulting on our open contracting and access to information policies until January, so make sure to let us know what you think.

It is evident too that we have to work more with the private sector. We have received great feedback from both large and smaller companies who get why open contracting matters, and why it is good for their business. But we need to provide the evidence on how to manage issues such as commercial confidentiality to avoid getting stuck in exchanging arguments.

So while we are excited by the uptake and progress around open contracting, we also know that the dark forces are not gone.

This year brought us some striking reminders of fraud, mismanagement and corruption in public contracts. We have seen gangsterism on Chicago City’s School Board and in Nigeria phantom military contracts siphoning off millions from the defence budget at a time that it’s army is failing to get a grip on the Boko Haram insurgency.

Open contracting needs not only grow in numbers, but also grow in depth and effectiveness. Disclosing contracts is not enough. We’ve seen a lack of commitments focussed on participation in the OGP National Action Plans. However, to be open contracting, the feedback loop is as important as the data itself. It’s the engagement that unlocks the ability to actually fix the problems that are identified. We believe this is one of the key challenges for 2016 that we need to tackle across organizations, sectors and countries.

We are grateful for your support as we work together to make sure we fulfill the potential of open contracting to change lives and government business. Open contracting is maybe the most essential dataset, with the potential to deliver hard results: it’s where the money and the power is. After all, we are talking about trillions of dollars of public money, the largest pot of money on the planet (indeed, in the whole galaxy).

So we are honoured and excited to be in this diverse, exciting alliance fighting the dark side. And as the film says: the force is calling to you… just let it in.