Getting access to hard copies of oil and mining contracts.

The need for transparency in Extractives

It is estimated that governments around the world spend over US $9.5 trillion every single year through public contracts. Yet, in some cases, public resources are mismanaged, wasted inefficiently or vulnerable to corruption. Open Contracting seeks to advance openness in public contracting by promoting increased disclosure and citizen participation in all sectors and at all stages of the public contracting.

The award and implementation of contracts in the extractive industries (EI) sector is extremely important. The contractual agreements between governments and oil, gas, or mining investors are the foundation for the sector’s development. They define not just the monetary gains but also shape many social, economic and environmental factors.

A shift towards transparency

Increasingly, governments around the world are realizing the importance of transparency in the extractives sector, and are taking steps to open up.

While the contracts have been made public, they are complex and can be difficult to use in without any guidance on how they should be read and interpreted.  With this in mind, The Centre for Public Integrity and the World Bank Institute held a two-day workshop in Maputo, Mozambique that brought together representatives from government, CSOs and the media, many of whom are based in resource-producing provinces.

The first day of training was an introduction to accessing contracts and utilizing the contract “road map” methodology (World Bank Institute), the legal framework for the mining sector (MIREM), the petroleum sector (Institute for National Petroleum), and key concepts and terms necessary to analyze contracts (Open Oil).

The workshop was intended to be a “hands-on” training session with working groups.  After the basics had been covered, practical exercises were developed in stages with an initial emphasis on identifying specific obligations in contracts and laws, noting both the specific source (article and paragraph) as well as the specific content of the obligation.  The second stage focused on identifying the kinds of data that would be necessary for monitoring implementation of these specific provisions and linking these to actual sources of public and non-public data. 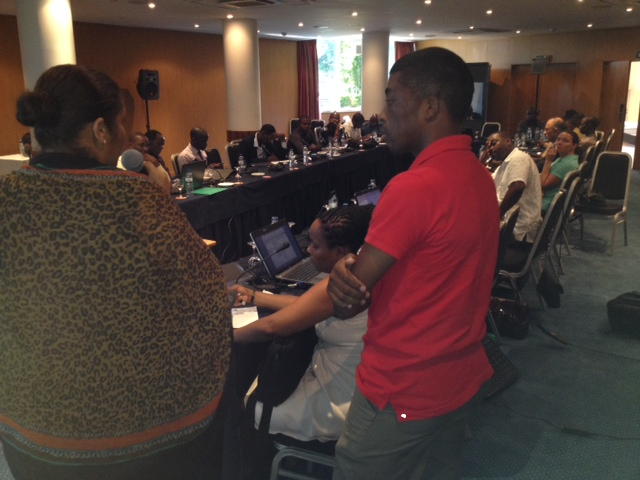 The event itself, with a variety of stakeholders engaged in collaborative exercises to review previously confidential contract documents, is a testament to the great progress that has been made on the transparency and accountability agenda in Mozambique’s extractive sector.  All participants agreed however that this was only the beginning.

There were clear next steps that emerged from the workshop. Participants strongly encouraged the government to complete the disclosure process and place the remaining mining contracts in the public domain.

It was suggested that these documents could also be submitted to the international database developed by WBI, RWI and the Vale Centre. Additionally, in support of the contract monitoring process, the Centre for Public Integrity will consolidate the main documents and contracts on a single webpage.

Participants are encouraged to continue the process of identifying contractual obligations and testing the scope of publicly accessible data on which to base ongoing monitoring. Opportunities for follow-training will be eagerly explored, with a particular emphasis on early additional support for CSOs and media.